Crackdown on Poachers in Antarctica Continues 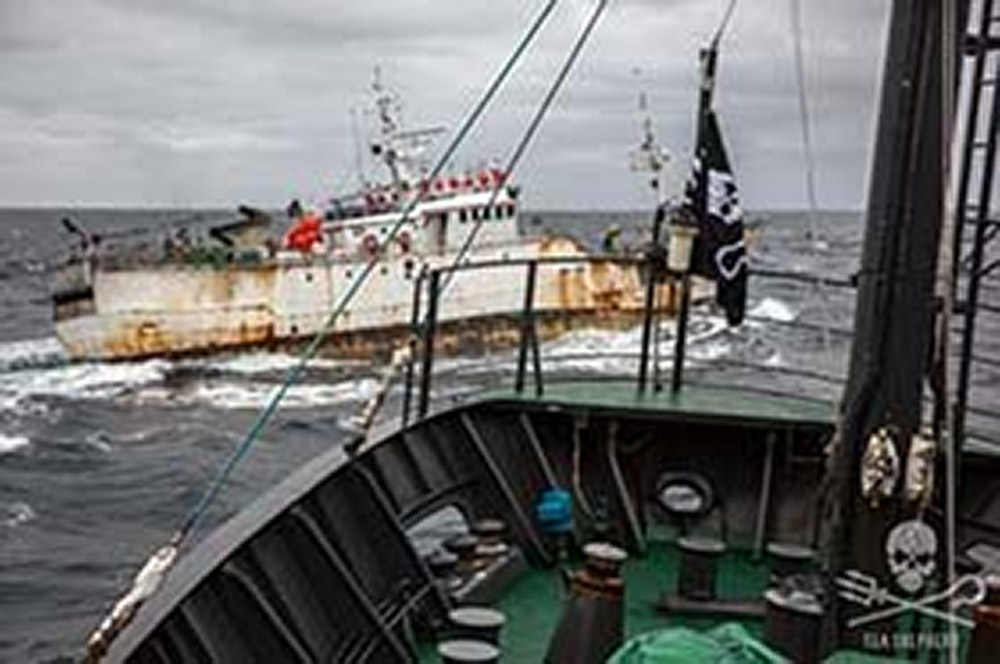 The crackdown on poachers in the Southern Ocean continues with news that authorities in Senegal, West Africa, have detained the internationally wanted toothfish-poaching vessel, Kunlun.

Reports allege that the Kunlun had previously falsified its registry, claiming Indonesia as its flag state. This allowed the vessel to be detained in Senegal on formalities regarding its certification and flag status.

Out of the six known toothfish poaching vessels, which Sea Shepherd calls the “Bandit 6”, five are now out of action. Only one, the Viking, remains at large.

Captain of the Steve Irwin, Sid Chakravarty, said, “A continued strong commitment by state authorities across the world, heralded by the actions of Interpol’s Project Scale, has ensured that another toothfish poacher has been detained. International cooperation, spearheaded by two Southern Ocean campaigns by Sea Shepherd, has broken the back of the organized crime syndicates operating these vessels. Cooperation between entities is a must in the work to be done to tackle illegal, unreported, unregulated (IUU) fishing.”

The Kunlun has a long history of IUU fishing and is believed to have links to known Spanish crime syndicate, Vidal Armadores.

In January 2015, the vessel was one of three illegal fishing boats which brazenly fished in the presence of the New Zealand Navy after they were found using banned bottom gillnets in Australian waters, in the Southern Ocean.

In February 2015, the Kunlun was again intercepted inside Australian waters, this time by the Sea Shepherd ship, Sam Simon, which at the time was under the command of Captain Chakravarty. The Sam Simon then engaged in an eight-day pursuit of the poaching vessel, chasing it out of its hunting grounds in the Southern Ocean.

Later that same month, Australian Customs and Border Protection officers boarded the Kunlun in waters near the Cocos (Keeling) Islands. Following the boarding, the vessel was able to carry on to Southeast Asia with its illegal catch and gear.

Then in March, the Kunlun was detained in Phuket, Thailand, when it attempted to offload 182 tonnes (approximately 200 tons) of illegally caught Patagonian toothfish, declared to Thai Customs as grouper.

Given the limited application of Thailand’s national laws to international fisheries crimes, the vessel was subsequently reloaded with the illegal catch and was kept at anchor for five months. Citing the first possible opportunity, the vessel eluded the local Thai authorities and escaped from custody on September 8, 2015.

Since that time, there have been concerns about the vessel offloading its catch and returning to Antarctica. However, with the detention in Senegal, it is confirmed that Kunlun, renamed Asian Warrior, did not return to the Southern Ocean after it was pursued by the Sam Simon last February.

“In previous years, illegal vessels would simply change their names and flags at will and use international loopholes and the lack of international cooperation to survive and remain in operation,” said Captain Chakravarty. “It is incredibly satisfying to know that the Kunlun, which was chased out of the Southern Ocean by my vessel in February, 2015, has been unable to resume its illegal fishing operations. The work done by Sea Shepherd completes, and at times fills the gaps in the work of governments, which are restricted by outdated legal conventions such as the UNCLOS,” he concluded.