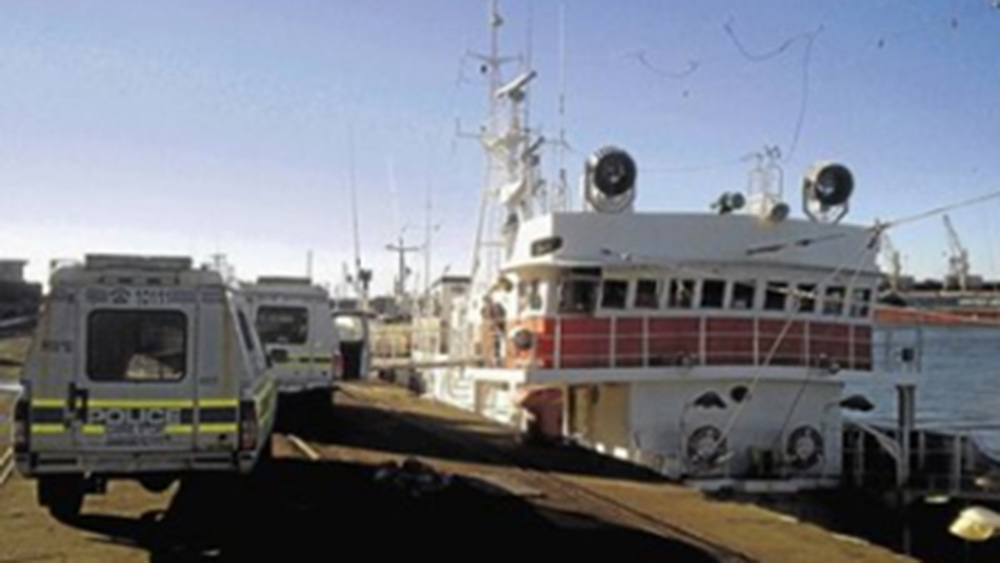 “Fisheries crime and the illegal harvesting, processing and trading of fish and seafood globally is so huge that it is in effect a parallel economic system that is undermining sustainable economic growth. Countries are being deprived of taxes; citizens of jobs, food and income; and fisheries and environments are being destroyed.”

These are the words of Professor Hennie van As, the Director of the Centre for Law in Action (CLA) and a professor of Public Law in the Faculty of Law at Nelson Mandela Metropolitan University (NMMU) in Port Elizabeth. An admitted advocate, he is also a member of the international research and capacity-building partnership on fisheries crime between South Africa and Norway, called PescaDOLUS.

Towards addressing fisheries crime, Norway has agreed to fund the establishment of a Fisheries Law Enforcement Academy at NMMU called FishFORCE. An amount of approximately R50million over five years will be allocated to the Academy.

Norwegian Ambassador, Ms Trine Skymoen, and NMMU’s Acting Vice-Chancellor, Dr Sibongile Muthwa, will sign the agreement on Monday the 6th of June at a high-level conference in Port Elizabeth on Operation Phakisa and the Oceans Economy. Academic, government and industry leaders in the marine and maritime space, from South Africa and Norway, will attend.

Building on the initial work of PescaDOLUS, Prof van As and the NMMU Centre for Law in Action developed the proposal for the establishment of FishFORCE, which is a partnership between the Centre, the Norwegian Department of Trade, Industry and Fisheries and South Africa’s Department of Agriculture, Forestry and Fisheries (DAFF).

“Our Faculty’s relationship with Norway developed through our mutual involvement with PescaDOLUS, and a need was identified for the effective training of law enforcement agencies in the fisheries environment,” says Prof van As.

“FishFORCE evolved from this. Its main purpose is to combat sea fisheries crime and related criminal activities. We will be training Fisheries Control Officers (FCOs), police officers and prosecutors along the South African and East African coastlines as well as Namibia, with a plan to extend the training all around the Indian Ocean Rim, including countries like Indonesia,” Prof van As explains.

“Through FishFORCE, we look forward to a close collaboration and the sharing of expertise between NMMU, DAFF, the Norwegian Department of Trade, Industry and Fisheries, and the Norwegian Police Academy, which established the first Master’s degree in combatting fisheries crime over five years back in Norway,” says Ambassador Skymoen.

“The FishFORCE agreement falls under the broader partnership between South Africa and Norway that is being developed through Operation Phakisa and the Oceans Economy. Norway’s economy is based on the ocean, and South Africa is the perfect partner with whom to collaborate and expand our marine and maritime cluster,” she adds.

“Norway has always had a very good relationship with South Africa and, during the apartheid era, many South Africans in exile studied at our universities. We have kept up this relationship through exchanges and partnerships, and several universities in Norway have strong ties with NMMU.”

FishFORCE has the buy-in from the world’s largest international police organisation, INTERPOL, the African Union (AU) and the United Nations Office on Drugs and Crime (UNODC) because the oceans link us all, and porous harbours or borders are a danger to all.

“FishFORCE is critical for South Africa where, as is the case in most developing countries, the training of FCOs and police officers and prosecutors involved in fisheries law enforcement is conducted on an ad hoc basis. There are no courses specifically designed to train them to fulfill their enforcement duties. Together with the National Prosecuting Authority, we will be getting to the bottom of why prosecutions for fisheries-related crimes often fail,” says Prof van As, who believes that in South Africa the regulating, policing and law enforcement of fisheries vessels is too compartmentalised and full of loopholes because of the large number of different players involved.

Illegal fisheries vessels take advantage of this and are up to all the tricks. They’ll commit document fraud to under-report catches, fish illegally, change their flags (because countries only have jurisdiction on the high seas over vessels that fly their flags) or transfer illegally-caught fish from one boat to another.

“As we all know, South Africa is currently investigating several Chinese fishing boats caught in our waters, but what people have to realise is that highly organised, well-financed transnational criminal activities are taking place within our waters and within international waters all the time. These activities include a lot of other issues, including human and drug trafficking,” explains Prof van As.

Research by the United Nation’s Food and Agricultural Organisation (FAO) estimates that Southern and East Africa lose in the region of R12.2 billion to illegal and unreported fishing every year. The FAO further estimates that 85% of fish stocks worldwide are now fully exploited, and illegal fishing is one of the main contributors.

“We need to face up to the fact that traditional legal approaches to combatting illegal fishing and the associated illegal activities have met with limited success,” says Prof van As.

“An alternative approach that is gaining momentum is to approach illegal fishing as a transnational organised crime, and to investigate the policing, legal and policy implications of using transnational criminal law and procedure to strengthen fisheries law enforcement. The PescaDOLUS group is working on this.”