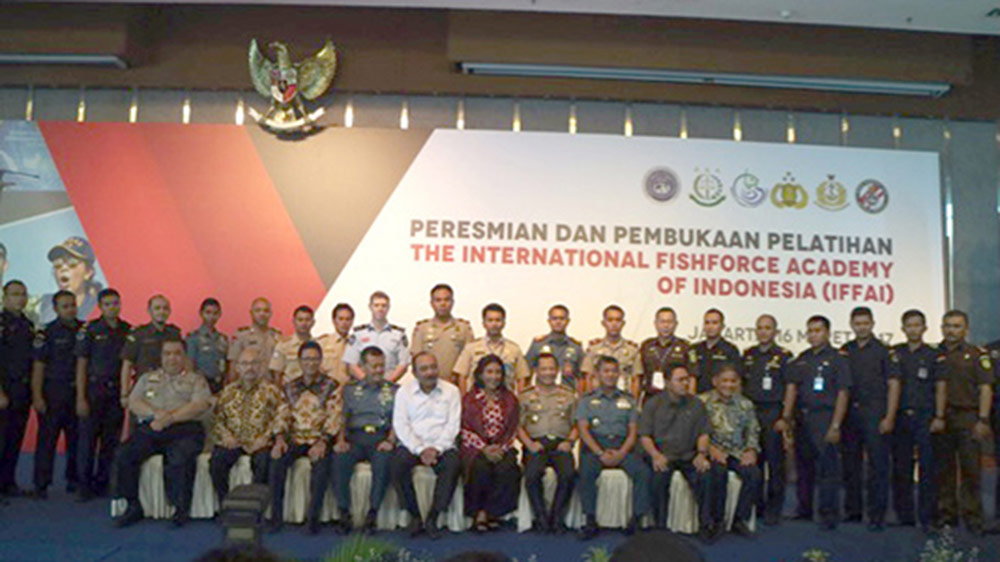 Inter-agency cooperation is vital for effective criminal enforcement in the fisheries sector. The International FishFORCE Academy of Indonesia (IFFAI) was opened on the 16th of March 2017 to train enforcement officers and promote inter-agency cooperation. IFFAI is a joint initiative by the Indonesian Ministry of Maritime Affairs and Fisheries, the Indonesian National Police (Polri), and the Presidential Task Force to Combat Illegal Fishing (Task Force 115).

In order to create an effective response to fisheries crime, IFFAI applies a multi-legal regime approach, also known as the multi-door approach, and criminal corporate liability against the perpetrators. The first IFFAI training was held between the 16th and 25th of March at Jakarta Center for Law Enforcement Cooperation (JCLEC) in Semarang, with participants from the National Police, the Navy, the Ministry of Maritime Affairs and Fisheries, and the Attorney General’s Office. Australia provided assistance and support to the first IFFAI training.

In future trainings, other relevant agencies will also be invited, including the Coast Guard, the Supreme Court, the Tax and Customs authorities. Indonesia is now looking to collaborate with other countries and organisations to enhance capacity-building to counter fisheries crime.