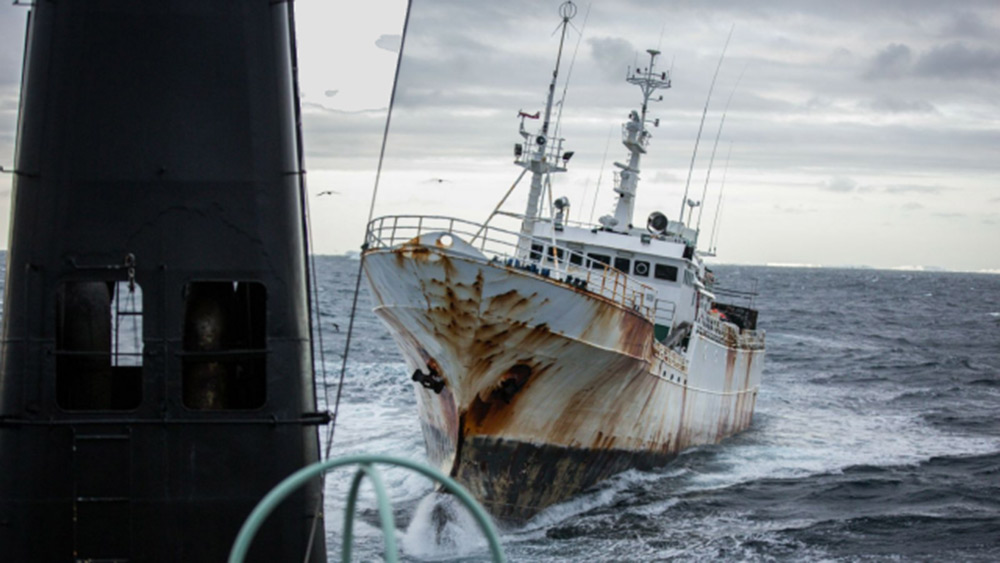 Sea Shepherd’s Captains Peter Hammarstedt and Siddharth Chakravarty have congratulated the authorities. The environmentalists say that Vidal Armadores is the most notorious of a handful of Spanish-based fishing outfits that are believed to have controlling interests in the illegal trade of toothfish.

Many of the company’s ships have ended up on international blacklists, including the Kunlun, Yongding and Songhua; three of the “Bandit 6” toothfish poaching vessels that have been the focus of Sea Shepherd’s last two Southern Ocean Defense Campaigns, Operation Icefish and Operation Icefish 2015-16.

In February 2015, during Operation Icefish, Chakravarty and the crew of the Sea Shepherd ship, Sam Simon, intercepted the Yongding and Kunlun in Australian Antarctic waters.

In May 2015, the Songhua and Yongding were apprehended in Cabo Verde, West Africa, as a result of intelligence provided to international law enforcement by Hammarstedt.

“For over a decade the owners behind the Bandit 6 have remained hidden behind a shroud of mystery. Sea Shepherd’s actions on the oceans to shut down their fishing operations have been hugely successful. With the ships out of commission, land-based investigations and raids by various authorities in Spain are now taking the enforcement to the source of the illegal trade,” said Chakravarty.

Sea Shepherd has also highlighted the importance of continued international cooperation in the battle against illegal fishing.

“These recent arrests are evidence of the critical role of Interpol’s Fisheries Crime Unit and international cooperation in the fight against illegal fishing,” said Hammarstedt. “Global collaboration is essential to combat this crime which is also global, both in its nature and in its impact.”